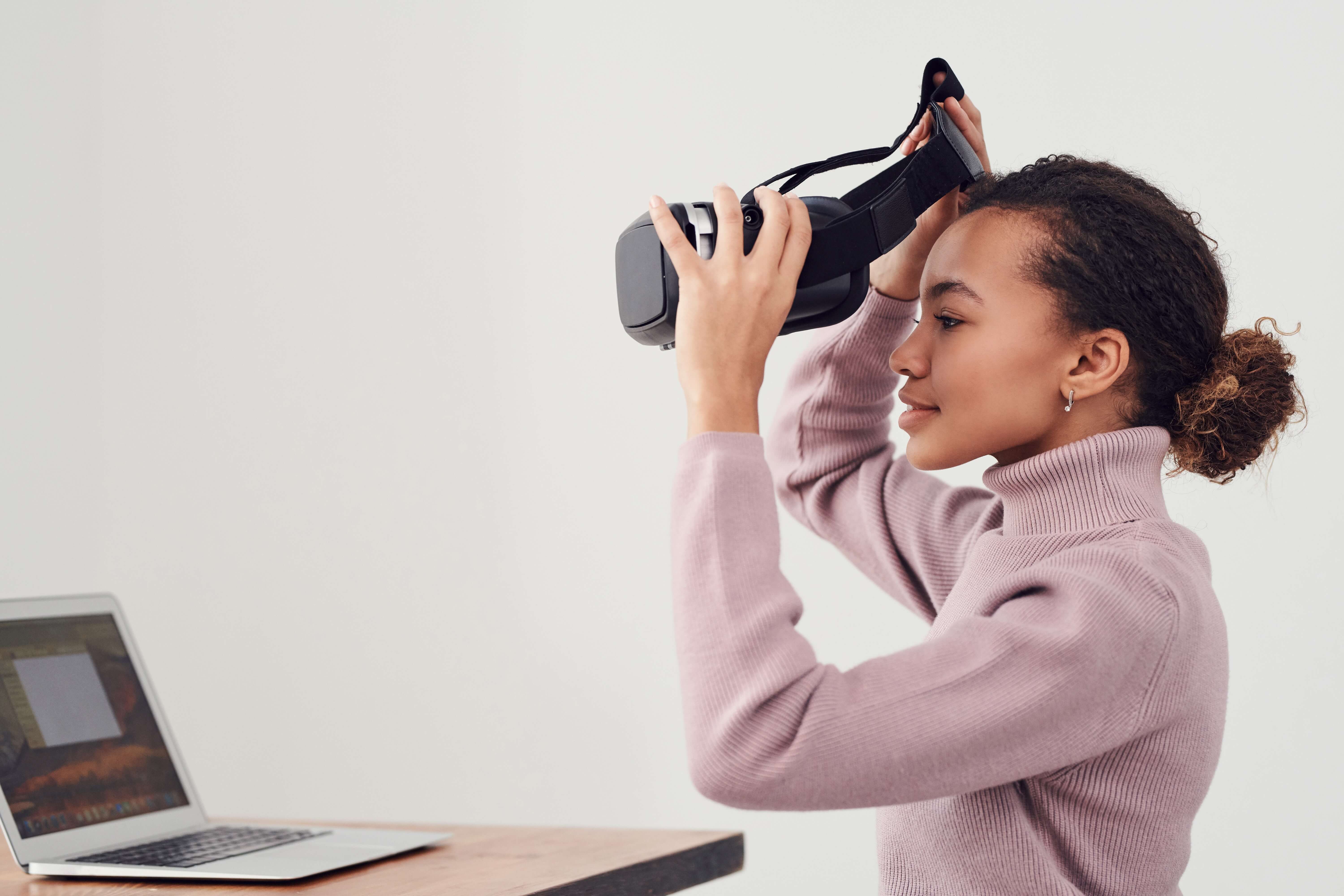 Augmented reality (AR) has been making its way across various industries, such as sports. Recently, it has widely moved to events. This sector has seen significant technological adoption over the last two years. And now, augmented reality events are geared to also make it to the list! In fact, we expect businesses and event organizers to integrate immersive technology, such as mobile AR or event AR, in the immediate future.

Are you wondering what augmented reality is and what impact it has on the events sector? Bear with us as we uncover its role and benefit for your next event!

What is augmented reality?

To fully grasp the impact of augmented reality on meetings and events, let’s first define it.

Augmented reality (AR) is the process of adding or expanding the real-world experience. It's also called mixed reality. When you apply augmented reality, you get to interact with the physical space surrounding you for an enhanced digital experience. You would be able to see images, graphics, and other information in the real world around you.

How does it work? Let's just say that you can achieve it through wearable smart glasses, computer-generated graphics, or a mobile app.
‍

It’s not unusual for some people to get confused between augmented reality (AR) and virtual reality (VR). Although both immersive technologies belong to the same group, they have different systems and need different devices. How come?

Let's just say that augmented reality is the combination of mobile phone technology and GPS. It allows projecting images and information that a viewer can see in the real world. However, virtual reality is an immersive experience where the user is transported into a simulated world.

The fundamental difference between the two is that augmented reality only needs a hardware filter – easily achieved through a mobile phone app. On the other hand, virtual reality requires a set of hardware, including a controller system and a headset, for the user to enter a virtual world.
‍

Why is augmented reality important?

Now that you know what augmented reality is, you might wonder why it's important?

Since the global pandemic is coming to an end, we know one thing for sure – video-conferencing is here to stay! And with its rising popularity, organizations and event planners look for new innovative ways to spice up their events.

One of the ways to better engage the audience during online conferencing is to adopt immersive tech, such as augmented reality. In fact, many events, trade shows, and product launches have already begun implementing these technologies. And we expect this integration to continue to happen at an increasing pace.

However, you might be wondering if AR event technology is advanced enough to be important? If augmented reality event seems unrealistic, let’s not forget that remote simultaneous interpretation (RSI) was not even a possibility until a couple of years ago. Not sure what RSI is?

The rise of augmented reality

Both AR and VR can thank the gaming industry for their popularity. It was Pokemon Go that catapulted AR into mass adoption in 2016. Through real-time experience, users went searching for monsters in parks or other public areas to add to their collection. Ever since then, AR apps have become popular.
‍

Because of its convenience, brands have been using the technology to increase user engagement. Recently event organizers have also started adding virtual reality to the tech stack to make meetings and conferences more interactive.

How can AR impact your meetings and events?

Various brands have been using augmented reality technology in events for a while now. It is mostly done for product launches and exhibitions where participants can get an enhanced experience by placing digital objects near them. Mobile AR is a crucial factor that has helped this deployment.

For example, Apple has been providing ARKit on their mobile phones, starting with iPhone 8 Plus and iPhone X. Mobile developers can use ARKit to create augmented reality apps. Google wasn’t far behind either. By rolling out ARcore, the search giant also facilitated the creation of an AR ecosystem.
‍

‍
At its core, AR enhances engagement. It allows users to add virtual elements to their reality in a physical space. Through images, graphics, or other information, an augmented reality event will be a significantly more value-added experience for its audiences. And if you advertise these features, this can also help increase ticket sales.

Future benefits of augmented reality for the events industry

For the events sector, AR couldn’t have come at a better time. With contactless experiences and virtual engagement high on the agenda of companies and organizers, AR event implementation might be the next step. Let's see some examples of its potential!

Companies can use AR to raise brand awareness of new products or specific technologies during meetings or events.

There are several ways to increase audience engagement using AR. From pop-up presentations to detailed product information relayed through graphics – the list of possibilities goes on! Whether hybrid, online or in-person, this fresh way of branding can surely bring the wow factor to your event.

For example, if you want to show your products and host trade shows, it usually requires a large space. Now, if your venue is not large enough or your event is online, that can become a problem. But what if there was a more convenient way? Using augmented reality, you can host trade shows virtually. In fact, this is how car manufacturers showcase their product launches.
‍

Over the past two years, event organizers have been finding it difficult to assist attendees due to social distancing norms that are still in place. AR technology can solve the problem and provide wayfinding information to those at the event.

It can also take attendees on a tour of the space. If it's a large-scale conference, it's essential to make sure that the attendees have detailed information about what event will be happening in which part of the venue. And let's not forget that wayfinding can be a fun way to explore the event location. That's sure to add extra points to the overall experience!

In the conventional method, an attendee would have to visit the website or read a leaflet to know more about an event speaker. With AR, participants will be able to easily access rich media information, which will add value to their experiences.

What makes it highly engaging is that this discovery can happen in real-time as the panelists speak. Attendees can simply point their phones to the speaker on stage and have information pop up on their screen.

Similar to getting more information about speakers, event organizers can use AR to let attendees learn more about each other. Especially if the conference is online, networking can become challenging without real-life interaction. However, with augmented reality, you can add a digital component to connection building.

When participants can see information about others in the audience through virtual business cards, it will encourage them to interact digitally. And let's not forget that implementing AR technology for networking during an event can give your businesses a competitive edge!
‍

One of the most effective ways to increase the engagement quotient of any event is to introduce aspects of gaming. An augmented reality event opens up immense potential for gamification.

For example, a virtual tour that offers snippets of event information could be an engaging way to get the audience interested. Event organizers can also host virtual treasure hunts with a grand prize to make the event both competitive and fun.

AR events have the potential to take a significant part in the events industry in the immediate future. Considering its positive impact on improving audience engagement, organizations across sectors can benefit from adopting this technology and the custom solutions it offers.