AI and language: Impacts of artificial intelligence on communication 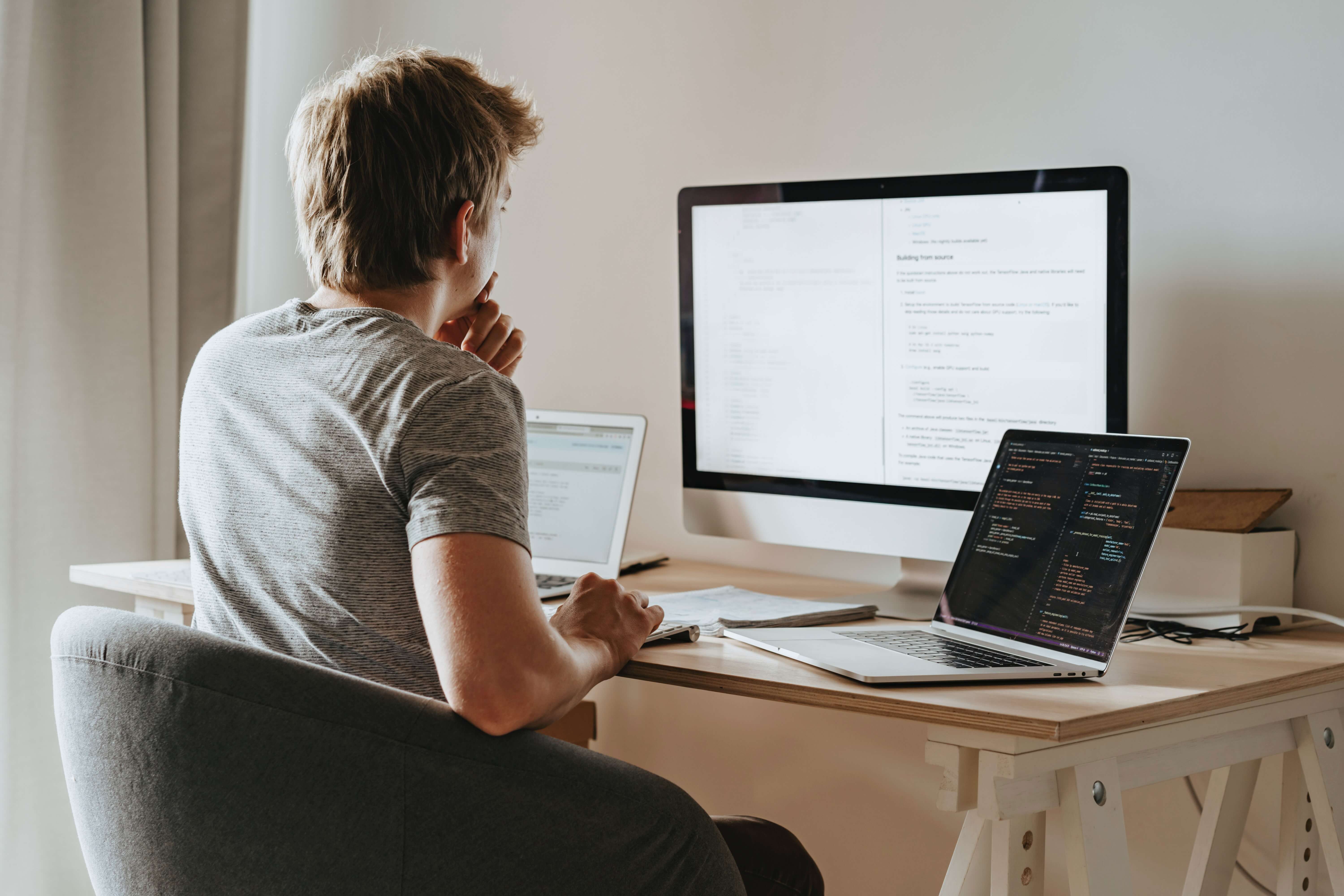 Human language is so unique that no other species can replicate how we communicate. That's why many of us are impressed by the rise of artificial intelligence and its subfield of natural language processing (NLP).

For a long time now, computer scientists have been seeking to build an intellectual machine with language models capable of interaction. Until recently, computers rarely could make coherent sentences. Often the result was either comic or gibberish. But things have changed dramatically. Today, technology, such as the AI chatbot and virtual assistants, can answer our queries and communicate with us in a way we understand.

As a result, artificial intelligence is now becoming increasingly accessible in health and financial institutions and government agencies. Many businesses are also using various AI-powered tools to improve their processes.

Artificial intelligence surrounds us every day, whether we notice it or not. Being so immersed in our lives, AI can impact our environment. For the past few years, many experts have already voiced concerns about the negative influences of artificial intelligence. However, they rarely talk about how a computer with knowledge of our language can affect how we use that language.

Today we will discuss how AI can impact the evolution of language.

To better understand the relationship between artificial intelligence and language, it's important to know how language evolved and why it's unique.

What makes the human language unique?

Language sets us apart from the rest of the animal kingdom, even from our closest relatives, the chimpanzees. There is no other communication observed among the beings on earth as complex and unique as the human language.

Just think about it. We can express our thoughts by composing subjects, verbs, and objects. Moreover, we can recognize past, present, and future tenses. Not to mention how well we juggle subtext, tone, and emotion to give several meanings to the same word. Also, we can form an infinite amount of sentences with around 20,000-35,000 words that each of us knows.

Meanwhile, animals can only convey issues related to their survival. These issues are food, danger, threat, or reconciliation. Also, they can't express negation, which means stating what is not the case.

How did language evolve?

Animals mainly convey issues by making noises, such as crying out, hooting, or grunting. Some scientists believe that's what our human ancestors, known as hominids, did too. Then, they gradually developed a better means of communication, which turned into the complex language system we use today.

However, no one knows for a fact whether that was the case. Thus there are many theories of how the human language started.

What we do know is that millions of years ago, our ancestors took a different turn in evolution compared to their relatives. Hominid and chimpanzee lines diverged. That's why the chimpanzee never developed language. Unlike hominids, chimpanzees' brains and the rest of their physiology hadn't changed much.

Some other theories suggest that early humans could use sounds resembling words or sign language. This view comes from an observation that chimpanzees can communicate with gestures.

Darwin suggested that our protolanguage was musical. According to him, before hominids learned to speak, they were singing. They probably used it to maintain social bonds and soothe infants.

While there's no single theory of how early humans developed language, studies have shown where it most likely happened. The theory suggests that all languages evolved thousands of years ago, from a language first spoken in Africa. It spread across the world when our ancestors migrated from Africa 70,000 years ago.

That's why today, we have hundreds of different languages with similar qualities.

Language is like a living organism. It constantly develops to adjust to our changing needs. Even now, the patterns of language continue to evolve.

The language change is facilitated by several factors, such as:

As you can see, many aspects of our environment can foster language change. So it's fair to consider how such technology as artificial intelligence, which we use for communication, is changing or will eventually change our language.

The main difference between AI and human intelligence is that AI systems can absorb immense amounts of information quickly and efficiently. It makes the software much more superior at grammar and vocabulary than the human brain, especially in unfamiliar languages.

The rise of artificial intelligence may eventually lead to fewer people attempting to learn a new language. Instead, they may rely solely on machine translation language models and natural language processing. After all, our ability to learn new languages significantly drops after the age of 17.

However, the technology is far from perfect.

Unlike the human brain, AI can't understand humor, subtext, and, most importantly, context. In other words, when AI speaks or writes, it has no idea what it's saying. Even though it can provide us with the translation of thousands of words from other languages, it cannot understand where the translation falls short.

In turn, machine translation produces plain language that lacks expressions simply because it can't comprehend the nuances of various languages. This could potentially make us abandon the complex idioms of our speech.

However, not all effects of artificial intelligence on our language are negative. For example, AI in communications and brand compliance can respond to messages in a similar manner to the company's guidelines. And it also eliminates negative tone and emotions.

In fact, one study analyzed Gmail's tool that suggests possible responses to a received email. It found that the prompts it offers have a much more positive tone than what humans usually use. It seems that in the long term, Gmail has the potential to change the manner and language people use to interact with each other.

On the other hand, people are pretty good at understanding when a message is coming from an AI. This form of communication doesn't always cause positive feelings. Another study has found that people often feel a sense of distrust when an Airbnb host is using an AI-generated profile.

Even though AI has not been around for that long, the findings show that it already impacts our language. It also influences our social relationships, workplace communication, and interactions with other people.

How can AI systems assist us?

Artificial intelligence is not ready to communicate with us at the same level yet. Nor is it prepared to replace translators and interpreters. It's hard to predict if it ever will be. However, AI can assist us with natural language processing (NLP) systems. So, what are some examples of how can it help us?

One of the most significant AI achievements is breaking language barriers. While its comprehension is imperfect, AI can instantly translate and interpret hundreds of languages. It allows non-English speakers to understand the language that dominates the world easily.

Artificial intelligence also helps us stay in touch with rare languages. Recently, the founders of Masakhane, an NLP community in Africa, used AI algorithms to preserve and integrate thousands of African languages into the technology. Many of us wouldn't even know that some of these languages existed without it.

It's no secret that the workplace environment can suffer from the workload. This is where artificial intelligence can make an enormous impact. However, it's crucial to note that AI is still far from perfect.

However, technologies like voice assistants, virtual robots, and robotic process automation can serve in collaboration with people for improved operations and efficiency. How come? Let's just say that AI technologies and machine learning can assist with monotone tasks and instead allow the employees to shift their attention to more complex tasks and communications.

For example, AI and machine learning can be helpful for people working in finance, sales operations, and accounting. Here, efficiency artificial intelligence can be used for data science. It means that AI can perform data analysis in situations where critical thinking is unnecessary. And in return, people in the business world can focus on other tasks instead of spending hours on data.

AI has not been around for long, but its wide usage affects how we communicate. The effects are subtle, such as changing the way we write emails. But it could make our speech less expressive and discourage people from learning new ones.

Despite its accessibility and prominence, AI has a lot to learn. It's still unable to comprehend the language beyond basic grammar, certain keywords, and literal interpretation of vocabulary. Thus, it might not be reliable for such use cases as interpretation.

AI is breaking barriers by making foreign languages easier to grasp. However, a trustworthy interpreter is needed to preserve the language and its nuances. Enabled by remote simultaneous interpretation, interpreters allow people worldwide to connect virtually and engage in their languages. That's why building bridges towards limitless knowledge continues to lie in the hands of interpreters.

Check out our blog post if you want to know more about how machine translation differs from human interpretation.