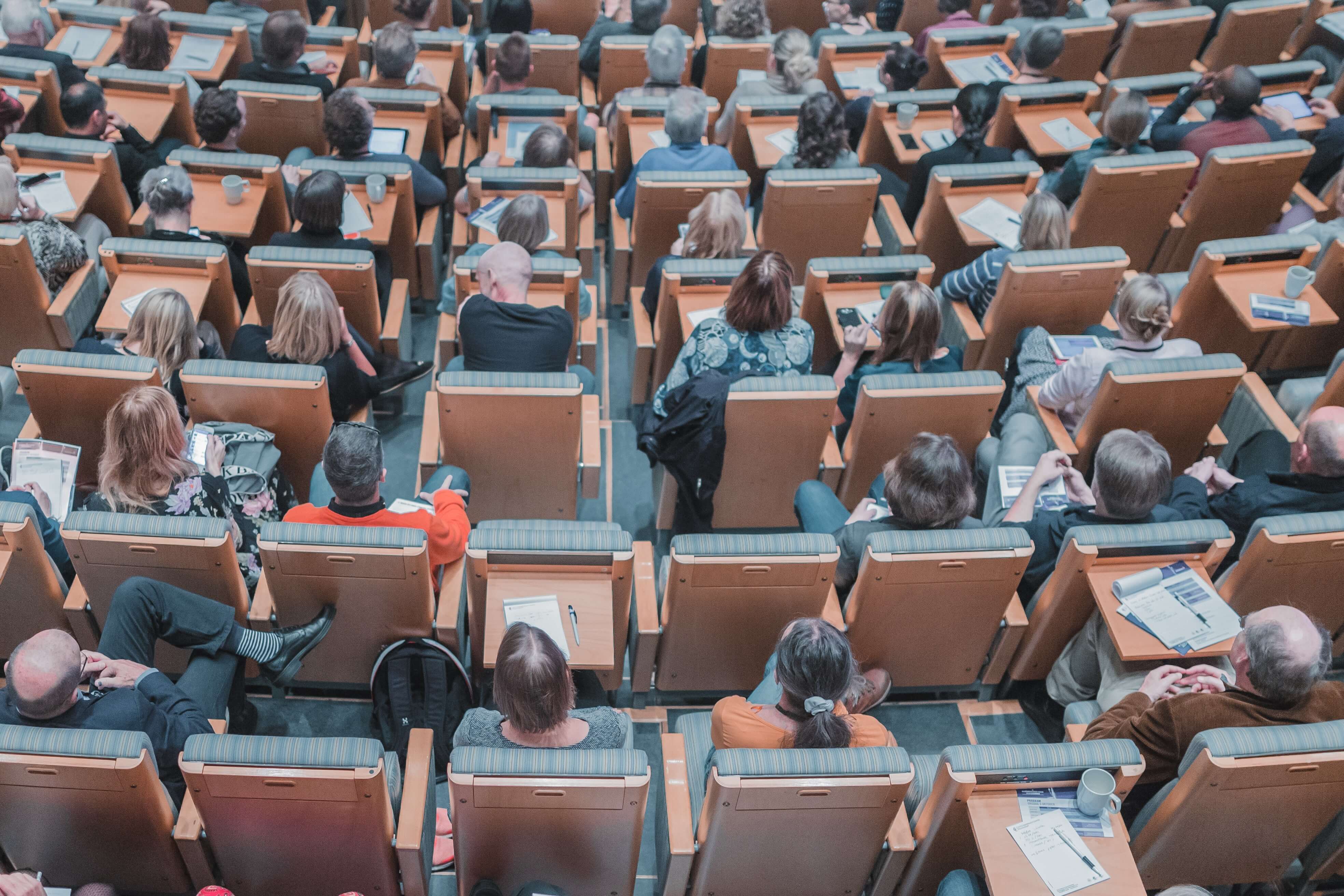 September 15 marks the International Day of Democracy - a celebration of respect for human rights, universal freedom, and fair elections. Since the start of the pandemic, remote simultaneous interpretation has become a big part of democracy, allowing country representatives and democratic leaders to express themselves freely in their native language.

But what is the bigger role of RSI in democracy?

To celebrate the significance of the International Day of Democracy, we sat down with our CEO, Henrikas Urbonas, to discuss the role of RSI in democratic processes - now and in the future.

Interpretation plays a major role in modern-day democracy. We do not fully realize how global we’ve all become. Because of the rapid pace of the modern world, we are physically unable to catch up and fluently learn two, three, four other languages.

When people speak in their native language, they say what they want to say, while in their second language, people are forced to communicate only what they are able to say, being very limited in vocabulary and expression.

For example, let’s take the United States of America, where Hispanic people compose a huge part of the population. There, interpretation from English to Spanish and vice versa is crucial to understand the needs of the Spanish-speaking communities.

Handling democracy processes without interpretation runs the risk of misinterpreting the real voice of the nation.

People should have the basic right to speak the language they prefer so that we can keep language-related misunderstandings in democratic processes to the absolute minimum.

What issues does remote simultaneous interpretation solve for democratic institutions?

The European Parliament, the European Commission, and other similar institutions are trying their best to provide political leaders with an open platform to speak in their native language. We believe that this approach allows the world's most important organizations to select representatives based on their knowledge, expertise, and experience - not their foreign language skills.

Globalization is another important factor here. Immigration numbers are rising along with the languages people speak, and democratic processes have to adjust many of their operations: from border control, where interpretation is needed to understand the people who are entering the country, to banks, where understanding multilingual clients is essential, to elections, where democracy in its fundamental understanding is at stake.

At the moment, governmental institutions demonstrate fantastic agility as they embrace multilingualism in their everyday meetings. Enabling interpretation on a daily basis is a complex task that comes with many logistical challenges. RSI effectively solves the problem of interpreters’ mobility by working with the best certified interpreters remotely, from any part of the world, at any time and place.

In 5 years from now, what role in building democracy and protecting human rights do you think RSI will have?

As I just mentioned, migration is on the rise. In the future, we can expect people to move around the globe even more, and the only way for us to reach mutual understanding in this big change is interpretation. Interpreting won’t be in demand just for large meetings or conferences - it will be pivotal for our comfortable life on a daily basis.

The flexibility, quick turnaround, and amazing experience of interpreters around the world are just a few of the reasons why remote interpreting is the answer to the rise of multiculturalism.

The more the RSI industry grows in the upcoming years, the more people - locally and globally - will be heard in the future and have equal access to education, healthcare, voting, and other basic human rights regardless of their language ability.

Interactio’s mission has always been building bridges to limitless knowledge. Why is it important for Interactio to work with democratic institutions?

Knowledge and communication are happening everywhere. We want to be in every place where interpretation is needed so people can be a part of the conversation.

RSI extends the toolset of democracy and allows us to have multilingual conversations and exchange knowledge where it is needed, not where it can happen.

As we know, conversations in democratic institutions like the United Nations, the European Commission, the European Parliament, and other similar organizations are some of the most important ones.

At the rise of the pandemic, Interactio was privileged to assist democratic institutions in modernizing interpretation processes, and will continue to do so.

Together, I believe we work hard to extend the opportunities, include the voices of people, better understand their needs, and operate on a wider scale - not limited by geographical, infrastructural, or technical restrictions.

Do you think modern democracy would look different without interpretation?

I think that democracy would be highly limited, given the current affairs of the world. We live in a diverse world that thrives on the ability to speak many languages. Having no ability to speak more languages would be detrimental to a global multilingual conversation - even more so, there wouldn’t be one at all.

If people were forced to communicate in one common language, only certain groups would be fairly represented and protected. Let’s say, the world would look very different, but I am happy that Interactio and our fellow RSI providers across the globe can work together to make our society a better, more inclusive place. 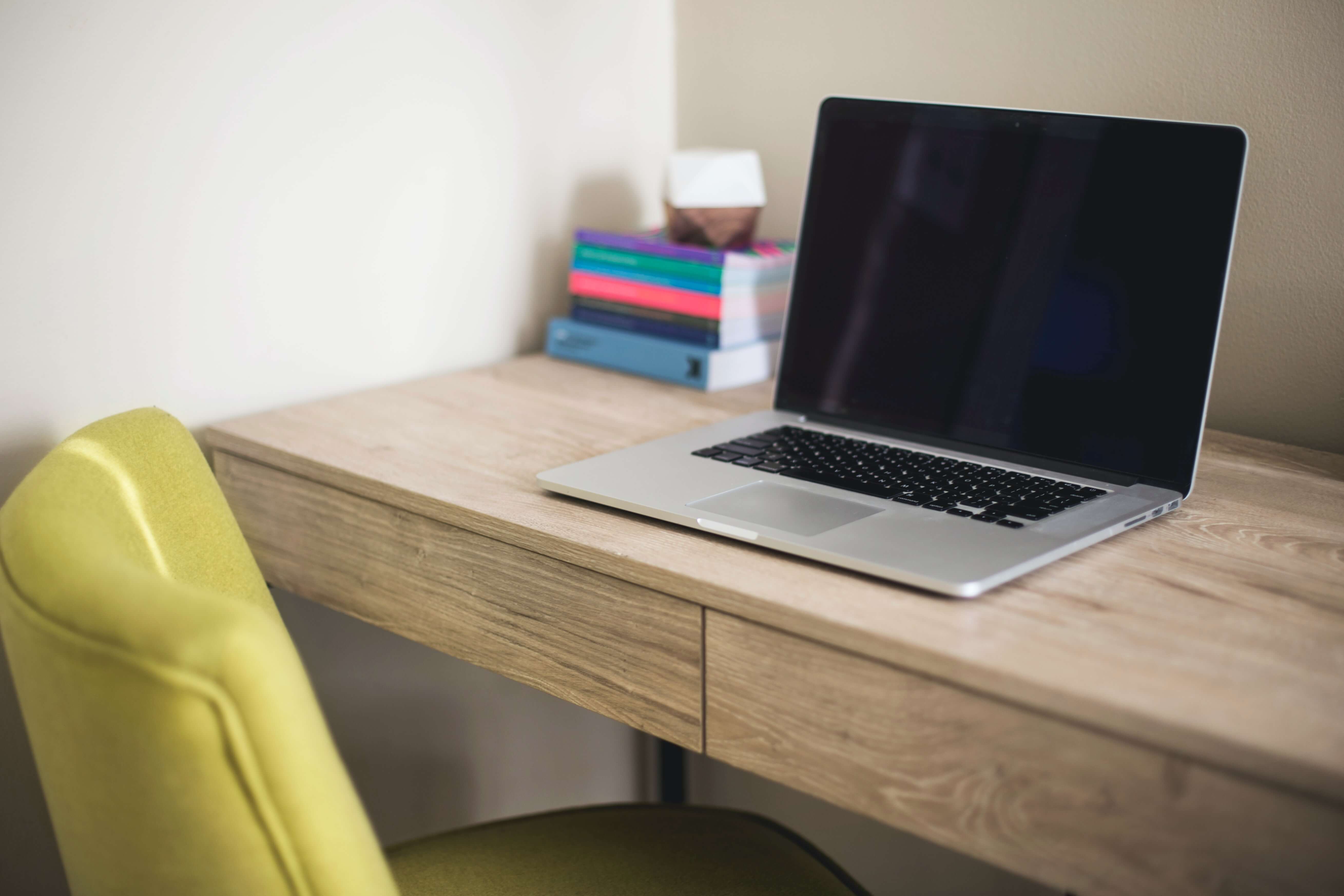 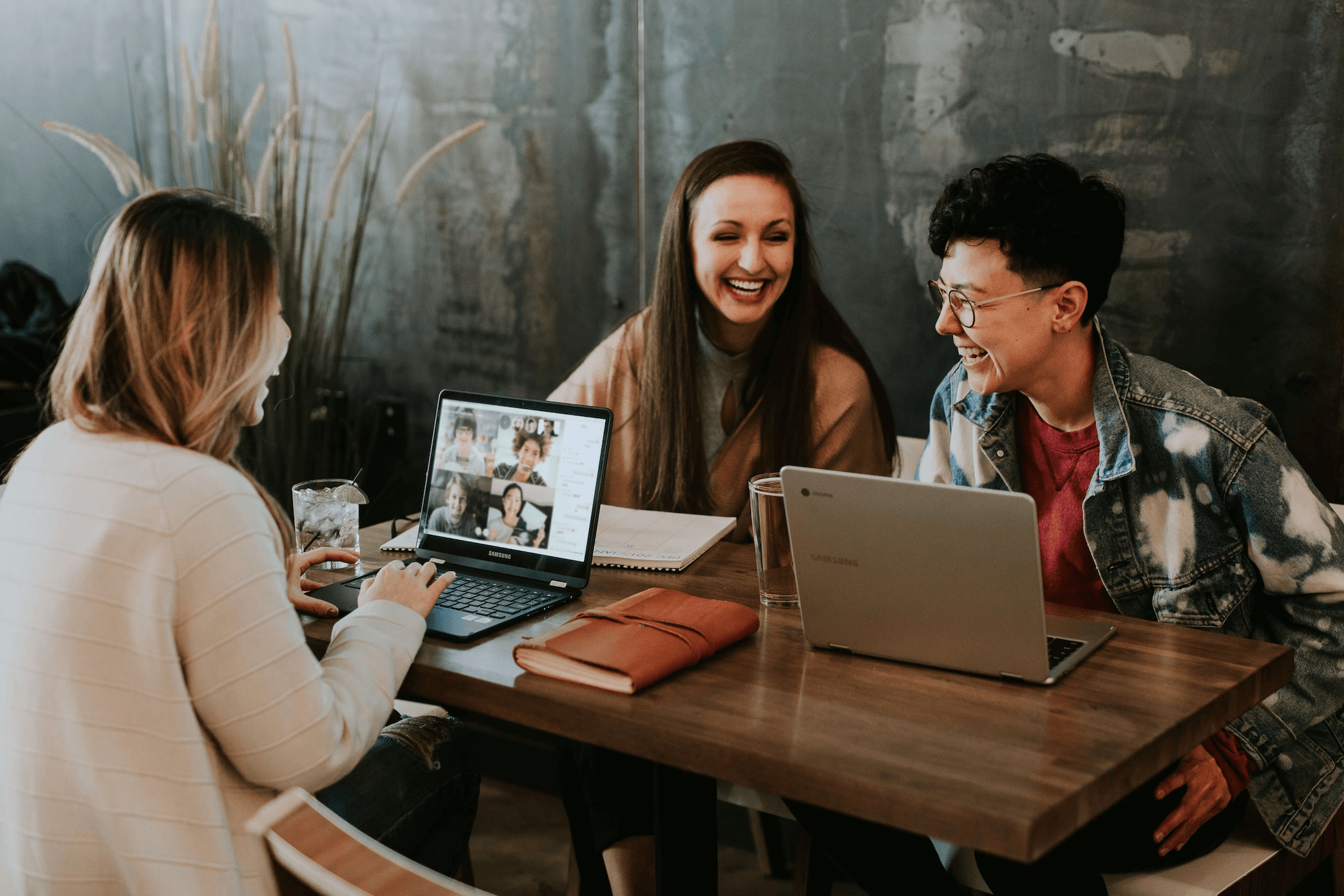 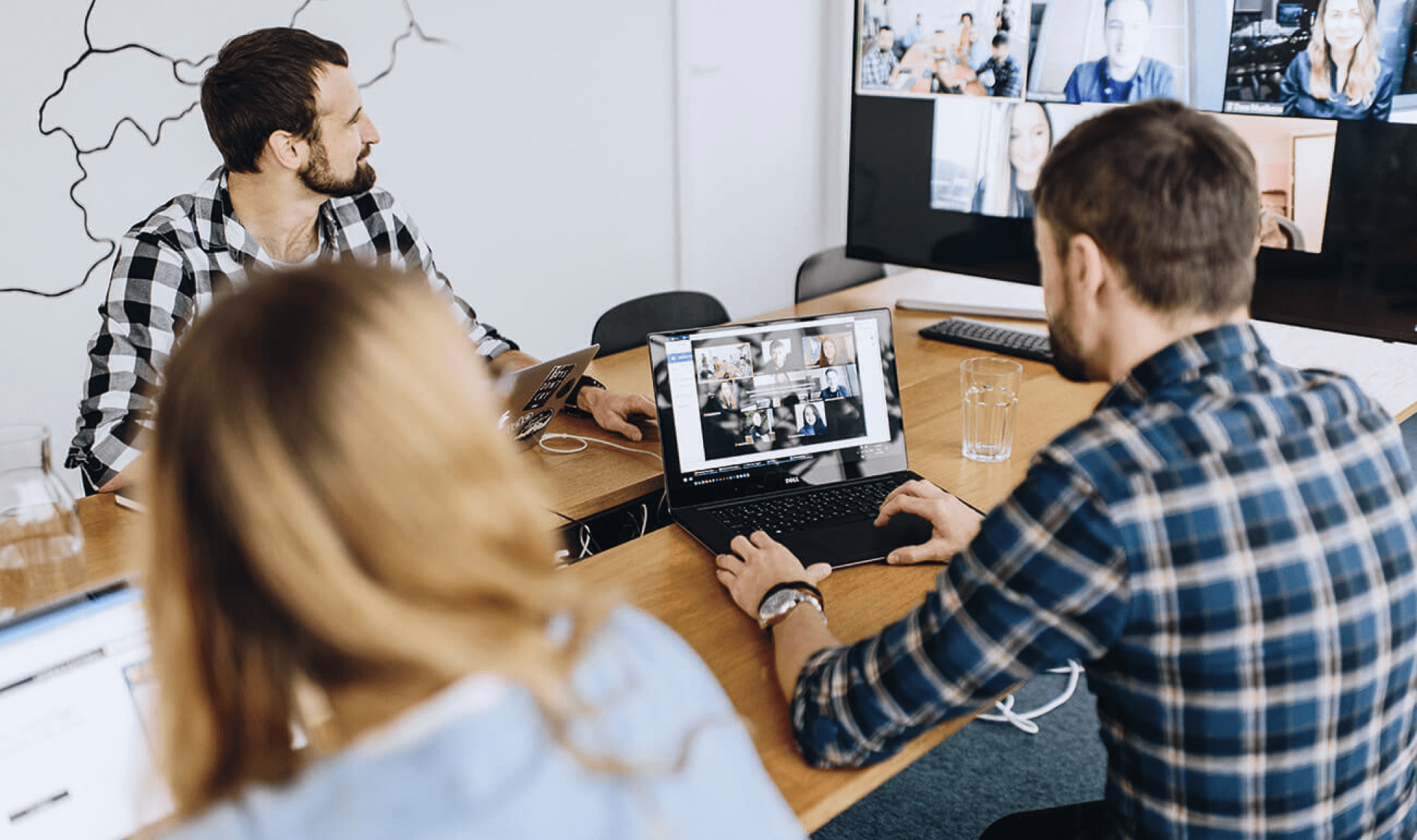 Bring your event to the next level!

Book a free demoGet a quote 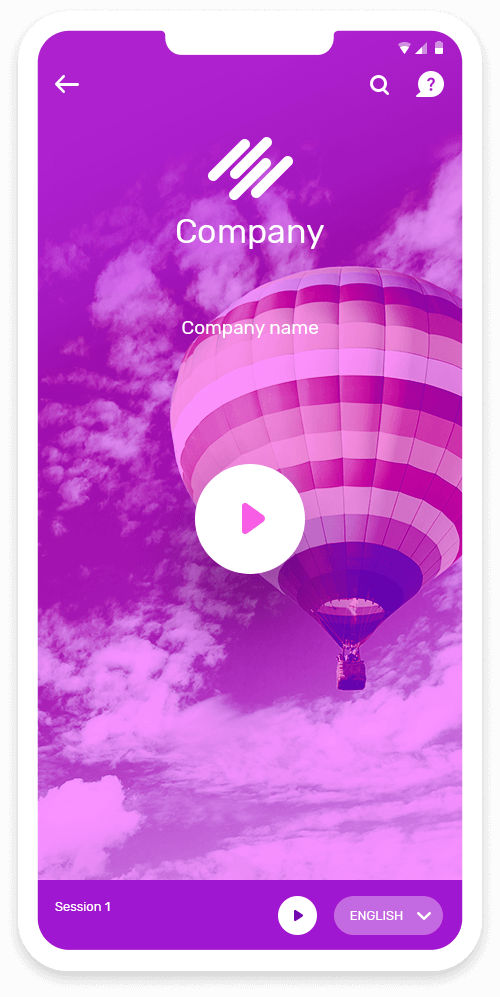